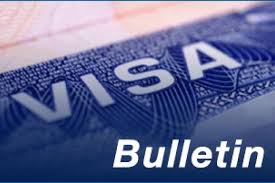 Once again the EB-2 category has remained current despite the projections that there could be a backlog (although, as you will see below, we are not yet out of the woods on the EB-2 retrogression as of yet).  Below are the movements in most Family and Employment categories as well as an update from Charlie Oppenheim of the Department of State on probable movement in the near future.

F2A: Remained Current for the World

F2A will see a backlog in the coming months.  Charlie is not quite sure when, but it will occur.

F4 retrogressed due to a dramatic increase in demand for this category.  Expect this new date to be held for the next several months.

EB-1: In February, the final action date for EB-1 Worldwide (including El Salvador, Guatemala and Honduras, Mexico, Philippines, and Vietnam) advances two months to December 1, 2018. Based on currently available information, it remains possible–yet too early to confirm–that this category could become current in the summer of 2020.

EB-2:  Charlie notes that demand for EB-2 Worldwide numbers continues to trend in such a way that a final action date may be imposed at some point during the second half of FY2020.

EB-3:  Charlie notes that EB-3 Worldwide and EB-3 Other Workers Worldwide will become subject to a final action date in March 2020. Charlie will determine what that date will be upon receipt of data from USCIS in February 2020.

Please contact us with any questions or concerns.  And please remember, as always, this blog does not offer legal advice. If you need legal advice, consult with a lawyer instead of a blog. Thank you.