Maybe this scenario sounds familiar:  You file for an H-1

B for an employee, and get it  approved for them to work for you for 3 years. At the end of the 3 years you file a renewal for your employees H-1B.  Instead of a straight approval this time, however, USICS requests additional evidence as, according to the Request, they do not believe that you qualify for the position or that the position itself is a specialty occupation.  We have seen this happen recently even and, whenever it does, we cannot but help feeling confused.  Why would USCIS approve the application once and then, all of a sudden and out of the blue on a renewal demand documentation about entitlement to the visa classification?  It makes little to no sense.

In fact, in the Field Officers Operating Manual, USCIS itself states:

Issues surrounding the alien’s original entitlement to nonimmigrant status were explored by INS or CBP and Department of State officials at the time of initial admission and visa issuance (or, in the case of visa exempt aliens, by INS or CBP alone). Absent gross error, changed circumstances or new information, these should not be revisited in extension proceedings. However, if the adjudicator has strong reason to believe that the alien was not entitled to a nonimmigrant status in the first place, he or she may seek clarification from the applicant through correspondence or by requiring an interview at the appropriate local office.

Despite this, some officers will still insist on revisiting entitlement to status in subsequent renewals.  What can you do if this happens to an application for one of your employees?  The most important thing to do is to immediately start collecting the documentation requested.  The reason for this is twofold:  Fi 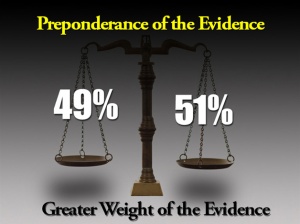 rst, USCIS does have the right to ask for additional evidence regardless of the above procedure manual.  You also have the responsibility to meet your burden of proof – and to show by a preponderance of the evidence that the beneficiary is qualified for the position.  Second, USCIS does not like to admit they made a mistake.  By requiring you to respond no matter what, they can sooth their pride by saying it was because of the new evidence that the case became approvable.  So assume that, no matter what else you try, you will have to respond.  That way you will always be able to get the documents in a timely manner and will not run out of time.

It should also be noted that the overall RFE and denial rate has dramatically increased for H-1Bs over the years.  In 2009 it was around 8-10%.  In 2012, the denial rate was approximately 29.5% – almost a third of H-1B cases submitted in 2012 were denied.  This is a huge increase in a short period of time.  It also means that a larger percentage of cases were RFE’d (if almost 1/3 were denied) as they certainly did approved some cases that received an RFE.

So what can you do to prevent RFEs and denials in the first place?  Plan carefully – include documents showing ability to pay, include documents such as a transcript, showing the employee has learned the specific skills needed for the position through their eduction, include documentation of the complexity of the job duties so there is no question regarding the need for a bachelor’s degree.  In short, do not skimp on documentation for the initial H-1B OR the H-1B renewal.  Include everything.