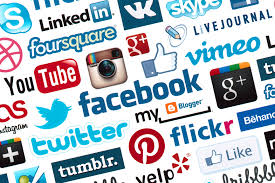 USCIS published a proposed regulation that would allow them to ask for social media ids (Facebook, Twitter, etc.) for certain nonimmigrants seeking entry into the US.  It would affect those filing the online application for a visa waiver entry.  The “optional” question would be placed in the application so that USCIS could look at people’s social media pages to determine if there is a ground’s of inadmissibility that they did not report – most importantly, if they are involved in terrorist activities or in supporting terrorist groups.

This is an attempt by USCIS to ensure that those coming in through the visa waiver program, who are not required to go through the sometimes lengthy background checks that other non-immigrants are required to go through, are vetted in someway prior to entry.  In this way, USCIS is attempting to show that it is trying to secure our borders from undesirable foreigners.

While I certainly applaud USCIS for trying, I think that this is not really the way to go.  Why do I say this?  First, this is optional.  While many people may give the information as they feel that it could prejudice them if they did not, it is still not required and USCIS, therefore, cannot deny an application simply because someone failed to give the information.  In addition, at this point, terrorist organizations can simply make sure that those that will be entering the US do not put anything on their social media feeds.  Lastly, it also opens the door for USCIS to start requiring such information.  If they require this, maybe next they will want to “require” access to your cell phone, or access to private messages, etc.  Where will it stop in terms of what they can and cannot request from you whether or not you are accused of doing something or even suspected of doing something illegal?  It is a slippery slope and it would seem to only make sense to open up this Pandora’s box if the benefit outweighed the risks.  As I do not think that this is the case, I would not be in favor of this measure.

Apparently most of the 800 people who sent in comments on the proposed rule were of the same mind and castigated USCIS for even thinking of such a rule.  What do you think?  Leave a comment with your views below.

We recently blogged about the change in rule being implemented by USCIS regarding the Visa Waiver Program.  Basically, those who have visited Iran, Iraq, Sudan or Syria or who are nationals of those countries (even if they are nationals of another country as well) cannot use the visa waiver program.  The DOS has now put this rule into effect starting today with one change.

Those who are not nationals of the above listed countries but have visited them as diplomats or on most military matters, are exempted from this prohibition (although even if you fit in one of these exceptions, or think you do, you need to check the exact wording to ensure that you actually do fit in the exception).

If you have any questions leave a comment below or send me an email.  Please remember, as always, this blog does not offer legal advice. If you need legal advice, consult with a lawyer instead of a blog. Thank you.